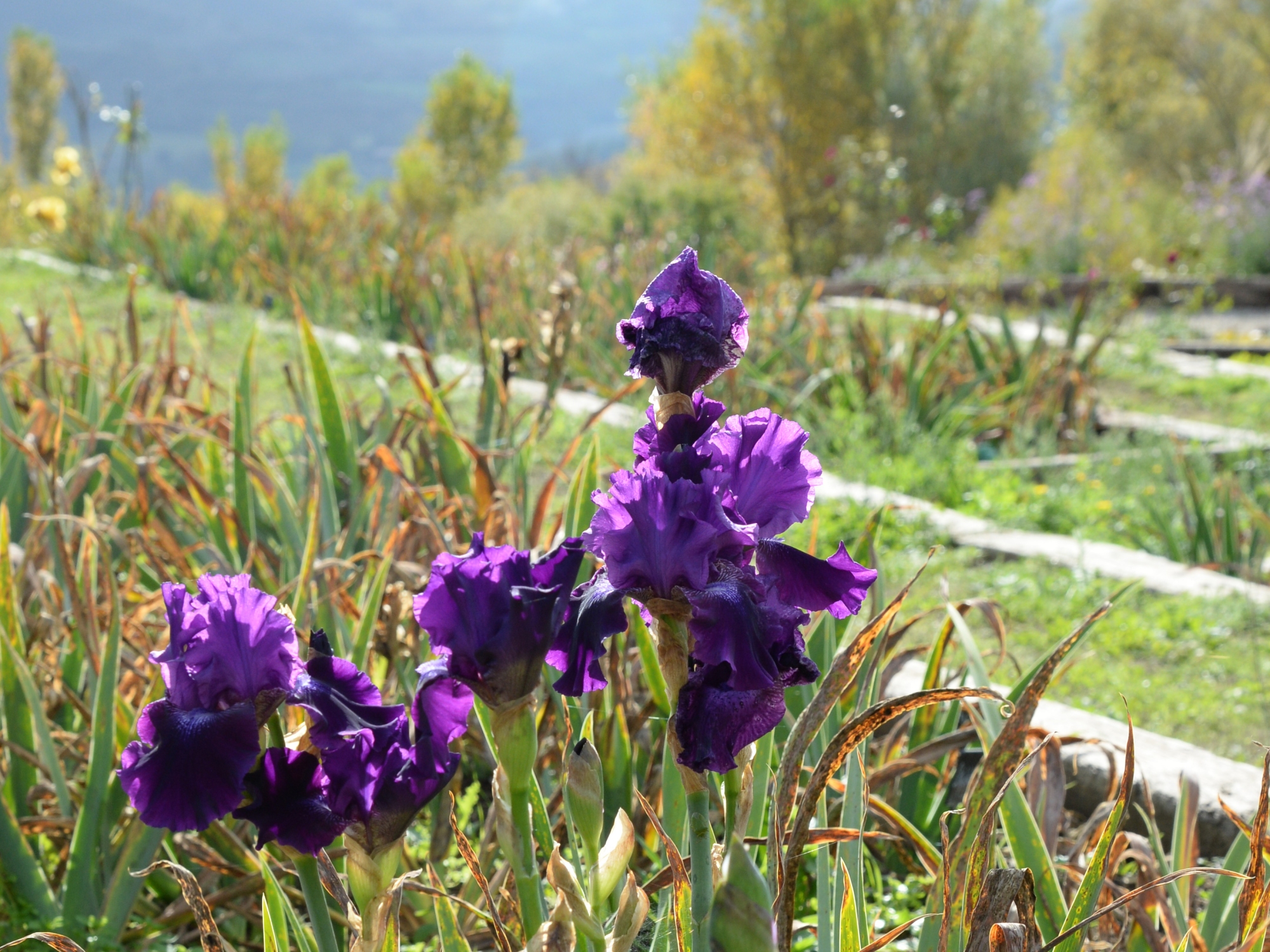 I posted during the summer on those of our irises that rebloomed in July and August (I’ll Be Back).  I thought I’d just do the quickest of updates on what’s in bloom as at late October.   Still blooming merrily is Treccia d’Oro, which was one of the stars amongst the summer rebloomers.  Likewise Rosalie Figge, which bloomed sporadically in late August and September but seems to have really got into its stride now (see photo above) and White City, which put on a good display during the summer.

However, there are also some new entrants to the rebloomer stakes, especially some very cheery yellows and pretty plicatas.

Pure as Gold (Maryott, 1993) truly is golden in colour.  Autumn Tryst (Weiler, 1993), is a delicately fresh plicata, whereas Mariposa Autumn (Tasco, 1999) puts a bolder spin on the same colour pattern.  Gold of Autumn (Austin, 1961) is a historic iris whose yellow and russet tones are fittingly autumnal.  A beautiful yellow rebloomer has infiltrated my bed of Miniature Tall Bearded irises.  It is very far from miniature and a lovely clear yellow with just a touch of white below the beards.  Looking at my records where the MTBs were moved from this year, it looks as though some rhizomes of Golden Encore (Jones, 1973) must have got swept in with them.

We are a small specialist iris nursery and display garden in Umbria, Italy. View all posts by irisumbriablog

One thought on “Quick update on rebloomers in 2016”

Things we are talking about